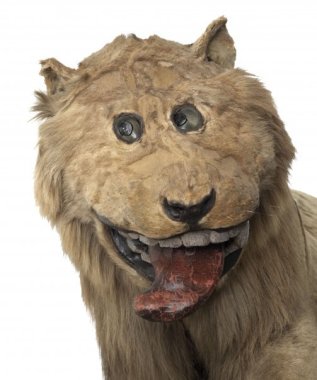 Write a grant. Is this what you get?

Everyone has felt that moment when the idea for a thing you’re going to create passes at just the right angle and you get a glimpse of the whole. The inspiration is a shadow. It’s a search and rescue party.

At the start the work it is mutable and infinite. Waiting to be formed. It’s impressionable like silly putty, waiting for an imprint to be pressed upon it. It’s a delicate place and I love it there. For me, it’s the very best of places.

In such a moment I feel myself a sculptor standing in front of stone. Any move, any blow, will change the course the future statue in front of me will become. These early hits are the most important, not because you know what you are making, but – in fact – because you are most open to discovery, because you can revel in the NOT knowing.

Artworks are made through intuitive decision making processes. Sometimes in creating a scene or writing a line of music, it’s difficult to explain what sources I’m drawing upon. I’ve learned to trust the instinct to just do it and figure out why later. I’ve come to trust that when I hit that marble there’s something in the hammer that knows better than my mind about what might happen, a chemistry between the thing and the person who shapes it. That the thing has as much to say, as do I and only in trusting this can we stumble forward into being. It’s often only after I finish a piece that I have any ability to go back and articulate the variety of influences moving me while the creation process was occurring. If I was paying that much attention at the time, I’d probably have gotten distracted from the doing.

Which brings me to that lion.

King Frederick I of Sweden gets a lion. It dies. He loves it and wants it stuffed so he can look at it for eternity. Sadly, the taxidermist gets only the pelt and the bones of the beast to work from. And, lacking Google image search or Wikipedia, he takes the stuff and does the best he can to guess. What you see above is the result.

That lion is not the product of a million potential strikes on a piece of marble. That lion is an ill-fitting jigsaw puzzle. The man who put him together never saw a lion. But he knew he HAD to make one. Someone sent him a bunch of lion pieces and said he needed to add them up into an animal. He’d never observed it live. He’d never visited its habitat. Never saw it catch prey or watched it stretch in the sun. He didn’t know how it lived. He only knew he was limited by the skin and bones he had in front of him.

There’s no room to add to what a lion is. The pieces are all you get to use. But lacking more info the taxidermist uses his own experiences and influences to help shape the pieces to create this unknown thing. The lion is a strained mix of creative inspiration and someone else’s pre-defined boundary.

Like an animal we’ve never seen, at early stages, we cannot know our work entirely. We don’t know its habitat or function. We’re just seeing it’s shadow in the wild. We need to be careful of defining too strongly what the limits of a lion should be. We shouldn’t be in such a rush to say, “this is where the mouth goes and this is the femur” before we really know how it moves.

There’s a study I read a year ago by a psychology researcher named Timothy Wilson from the University of Virginia called “The Disruptive Effects of Self-Reflection.”

In it they set up a station in which female college students selected a poster for their dorm room from five choices. Two were “good” art (van Gogh and Monet) and three “bad” art (as Wilson says “a cartoon of animals rising in a hot air balloon, a photograph of a cat perched on a rope with the caption ‘Gimme a Break’ and a photograph of a cat standing at a fence with the caption ‘One Step at a Time’”).

When subjects picked without explaining they went with the good stuff 95% percent of the time. When they had to write down why they made their choice only 64% of people picked the creative master over the kitty cat. Which means that 31% of people chose the simple stuff, the things that were easier to talk about because they had to explain why they were making those choices.

Kitty cats looking for a break are much easier to explain than Monet. And it would appear that when we confront an inability to rationally explain why we’re doing what we’re doing, sometimes our pre-frontal cortex encourages us to change that thing we’re doing to make it easier to line up with explanations we’re trying give.

The study also said “When telephoned a few weeks later, however, [the choosers of “bad art”] were significantly less satisfied with their choice than were subjects who had not analyzed reasons.”

This is what over-articulating can do to us.

And this study only measures blunt brush strokes. It can’t say what percentage of people considered a cat poster more heavily than they would have. Or if it made them appreciate the masters less because they felt confused or inadequate when asked to talk about them.

I worry that a grant is a recipe for cat posters.

And yet, funding sources in the non-profit granting sector require an incredibly explicit and articulated vision of a final outcome, even when a project is at its earliest stages. Is it possible that in the same way a college student might pick a simpler poster when they need to explain their decision, the very act of saying what you think you might do in a creative process has a significant impact on the ways and kinds of work that ends up getting made? In my own anecdotal experience, the general trend of art-makers over their careers tends to move from non-linear associative storytelling towards more logical and narrative based presentation. I’ve always assumed that this was a function of a kind of “growing up” in artistic identity and output. Now I’ve begun to wonder if that might not also be a function of the ways that companies fund their works as they gain more professional stature.

I know I’ve gotten much better at grant writing as I’ve practiced. You learn not to try and explain the entire messy complexity of what you’re making. You define a narrow slice that becomes a representative of the whole. You leave out the nasty bits. You tell yourself that you’ll come back to them. It’s the parts that you CAN articulate cleanly that you share for someone else because the other stuff is still unknown to even you.

But a grant is a footprint. It’s a promise that there’s a whole animal out there that you’re going to capture. To describe in words is to encapsulate and confine. It’s not so simple to write and write and write about a thing and then go back and give yourself permission to diverge from everything you’ve written. Those pathways form in your brain whether or not you want them to.

If van Gogh wanted to explain the sunflowers in words, he probably would have written an essay. You know, with words. The whole point of that painting is that there are things we experience and feel and cannot explain in any other way In trying, it’s possible we diminish it. Force it into a single dimension that it doesn’t easily occupy.

Messy stuff is hard to talk about. And I see my work get cleaner as I get older. I used to think that was craft. But what if it’s not? What if cleaner isn’t better? What if it’s just easier to get funded?

I felt so strongly about this a year ago that I wrote the guy. See:

He’s really nice. You should buy his book.

I recently sat down to try and write a grant for a project in the earliest of stages. It is currently an impulse more than anything. I began a list of elements that I think might become part of it. As I tried to tie them together, things kept popping out. The grant writer in me looked at that language and said, “This doesn’t make sense. You need to clean it up.” And when I started to do that, when I started making some logical connections between the things I’d listed, the artist in me could feel the thing shrinking. I could feel it beginning to solidify. I could feel that lion’s smile growing.

I really would like some money to fund the exploration of this project. But what became clear is that it would be a choice. I could write something that could get me money or I could chip away at the marble and see what was in there. But I couldn’t do both.

At least not right now.