Writing Our Selves Together

In this unique “all writer/theater maker” edition of Cross Pollination, Omar Telan, Katherine Fritz, and Adrienne mined their collective interests in words and the stage to come up with a unique three person storytelling generation exercise that offers participants the challenge of digging into the narrative headspace of another.

“As a trio we’ve been moving between our own personal feelings/work and the creative space that is both solo and shared and those things are interweaving this week.”

The week between Omar, Katherine, and Adrienne consisted of a lot of talking and writing. They shared a lot of common ground as artists; all three write and all three have been involved with theater in some capacity. Omar has worked with the NY NeoFuturists, Katherine is a costume designer and artistic associate at Philadelphia Artists Collective, and Adrienne devises plays for her own company, Swim Pony. Perhaps because they share so much common ground, this trio really dug in to talk about themselves as creators and artists.

For the first few days of the collaboration they sat in the MAAS building talking about their lives, feminism, and “otherness” in theater. They talked about their fears, both professional and personal.

“Whenever you bomb [a performance], it’s like getting closer to god.” – Omar

“Was I supposed to go to law school and get married and have babies? Have I just been lazy this whole time?” – Katherine

“It’s interesting to notice the projects that have been satisfying to me: they have nothing to do with professionalism.” – Adrienne

“I started writing plays where I had to do something I couldn’t do.” – Omar

“I don’t believe that people are fundamentally ethical. Ethical systems are contextual and constructed.” – Adrienne

“I would be nicer to myself if I could do it again.” – Katherine

This morphed into a conversation about what they wanted to make. They decided to start with some writing exercises; start from nothing, then swap writing somewhere in the middle.

Sitting in the basement of Chapterhouse, Omar dared us all to complete prompts that challenged us to write something that would be challenging for us. We all doubled back and dared Omar to start a piece filled with unflagging optimism. We would switch writers after 20 minutes, then again after 30, and again after 40.

No disrespect to Mr. Cube, but I’m going to talk about a perfect day. Not just a good day. Perfect.

In MAAS, Katherine started a story about a boy that owned no books. A collaborative effort, the story seamless flowed between Katherine, Adrienne, and Omar’s prose.

She took a moment to watch him. The black rim glasses, the full beard, flannel shirt. She couldn’t believe she was even considering this. She imagined that if magic existed, some crazy, old wizard was smoking some really good Hobbit weed, surfed to a fashion blog and decided to turn a single gear bicycle into a real boy.

I want to believe that I am not, as they tell me, a 12 year old girl from Merrimont Middle School. That I am not merely a fan of some conspiracy theory laced television show. That I am not a “lovesick fan” or an “actor-obsessed teenager.”

I am an FBI agent. And believe I have been transported by an unknown technological force into an alternate reality program in which I am trapped.

And these writing sessions, focused on taking a piece of someone else’s writing and seamlessly blending your own style with that of the writer before you, devolved back into conversations:

Apparently, the game I mentioned was a game he had played a lot as a kid. I didn’t realize that his negative response was stemmed from the fact that he was feeling attacked. I needed to acknowledge the reason for his defensiveness. I didn’t realize I was attacking who he was.

Towards the end of the week, the trio was on a roll with writing exercises. Sometimes they gave each other prompts, sometimes they wrote from pieces of music or pictures. They started to figure out a way to bring other people into this writing practice. They would give people prompts and ask them to write, switching pieces after 20, then 25, then 30 minutes. Prompts included:

Begin with an argument on Facebook.
Write down as many words for one minute as you possibly can. Don’t think, just write. Now delete them all. Begin to write your story.
I didn’t think success would look like this.
You have nothing to be ashamed about.
It’s complicated to some but not for your narrator.
Murphy’s law as a person.
Try writing as a different gender, race, age, class, etc. Pick at least two different categories.

These prompts would help people dig deeper and examine the tiny voices and inner selves we all play host to. So much of the week with these artists was about writing deeper – exploring the places they might not go unprompted. Invitations were sent out to friends to join them in giving their inner voices free reign over their keyboards for a few hours. The goal was to write without judgement, respect the writer that came before you, feel free in your own ability to express yourself.

These writing exercises were like little exorcisms that allowed this other person to peek out from behind the curtain of our outer selves. One story was about a haunted room in a basement, another about a person someone used to know.

Who are the people we carry inside of ourselves, and how do they control who we are in the world? 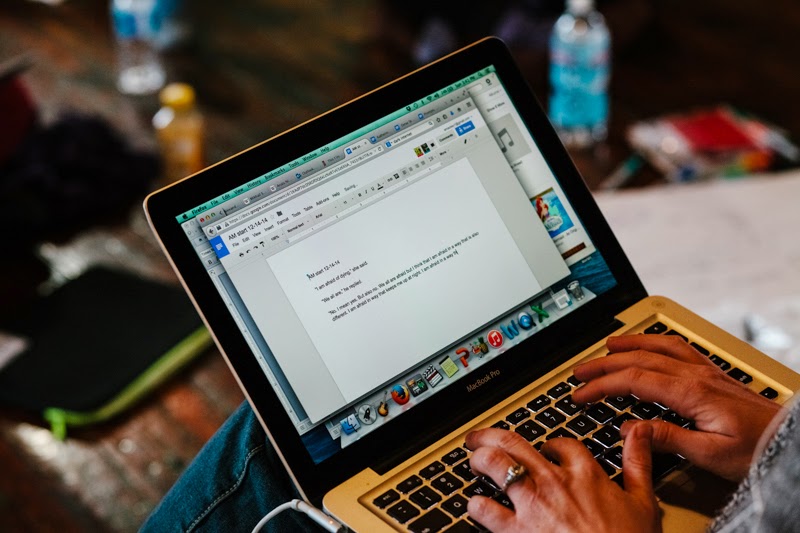 Do we hold these selves apart from each other? If so how do we reconcile these differences? 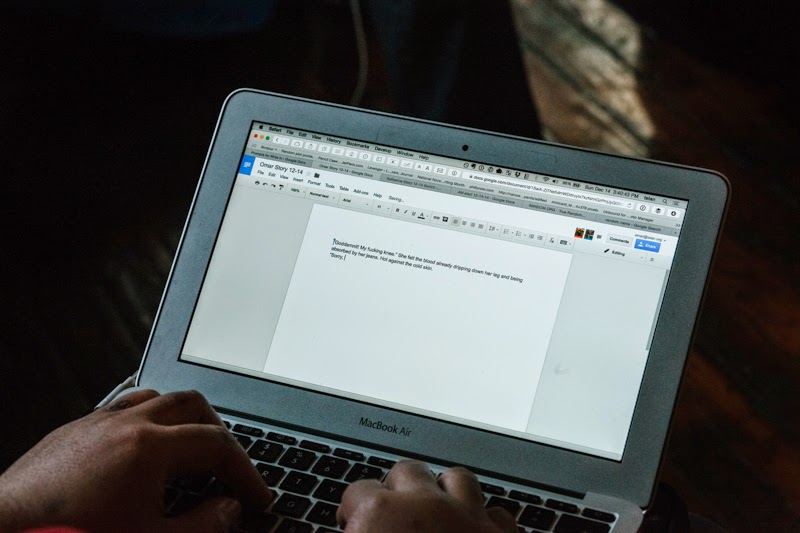 Katherine Fritz is a Philadelphia-based writer and costume designer. She is the creator of the viral blogs 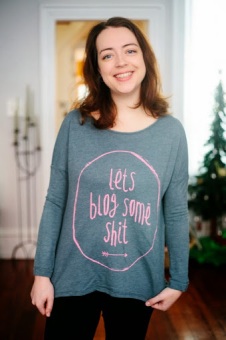 I Am Begging My Mother Not To Read This Blog and Ladypockets, which was hailed by the New York Times as “very funny.” Her words have been published in The New York Times and the Huffington Post, and her content has been shared on platforms such as Upworthy, Hello Giggles, Refinery 29, El Pais, and Bustle. She contributes regularly to MTV Style, where she writes about the intersection between feminism and pop culture. During her cross-pollination week, she was a guest on National Public Radio to discuss her viral post “Race Ya.” She is at work on her first book. In her other life, she is a costume designer and teaching artist. Recent design credits include: Signature Theatre (DC), Arden, InterAct, Pig Iron, 1812 Productions, Theatre Exile, Azuka, Lantern Theatre, Theatre Horizon, Act II Playhouse, FringeArts, Applied Mechanics, and the Philadelphia Artists’ Collective, where she is a proud Resident Designer and Artistic Associate. More about all of this can be found at katherinefritz.com.

His poetry has been published in “A Gathering Of The Tribes”, “Apiary Magazine”, “The Fox Chase Review”, “Our Own Voice”. He has read his poetry at the Poetry Project at St. Mark’s Church (NYC), the Kelly Writers House (Philadelphia), the National Asian American Poetry Festival (NYC), the Philippine Embassy (DC), and the Geraldine R. Dodge Poetry Festival (Waterloo Village, NJ).

He graduated from Emerson College and the Radcliffe Publishing Course.