Using our experiments from throughout the week, we conducted a beta test to see how people outside our design team would react to some of our experiments. We individually contacted six people who’d said they would be available at a specified day/time with an application of questions to fill out and a request for a headshot. Only four responded, but those four carried the beta test through to the end. 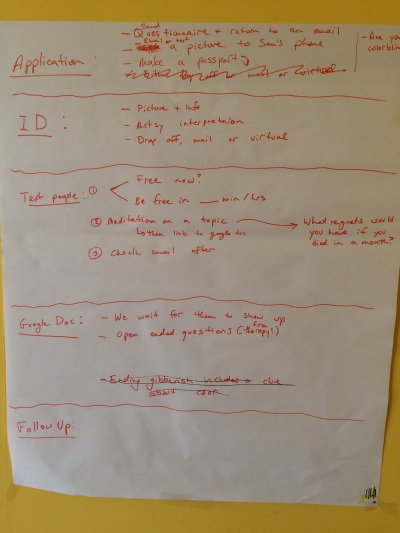 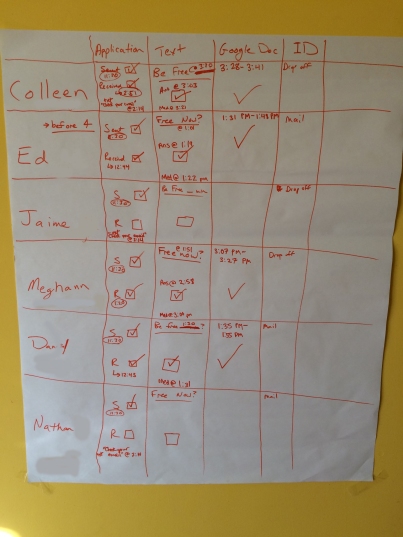 After the beta testers sent back their applications, each of them was texted anonymously, either asking “Are you free right now?” or asking them to be free at a certain time. Then, at the agreed-upon time, they were asked to find a quiet place and meditate for five minutes on regrets they would have if they died in a month. While they meditated, they were sent an email inviting them to a Google doc, where they were then engaged in a conversation about their meditations. Just like with our internal experiment, we were amazed at how open participants were to discussing very personal topics.

While these interactions took place, Maria designed ID cards for each participant based on their application responses. When all the communications were complete, we got the ID cards printed and laminated. We put each one in a black envelope addressed with a metallic gold or silver sharpie. Two were put in the mail for their recipients, and two were hand-delivered through people’s mail slots. A week after the experiment was complete, we followed up with all the participants to receive their feedback on the experience. 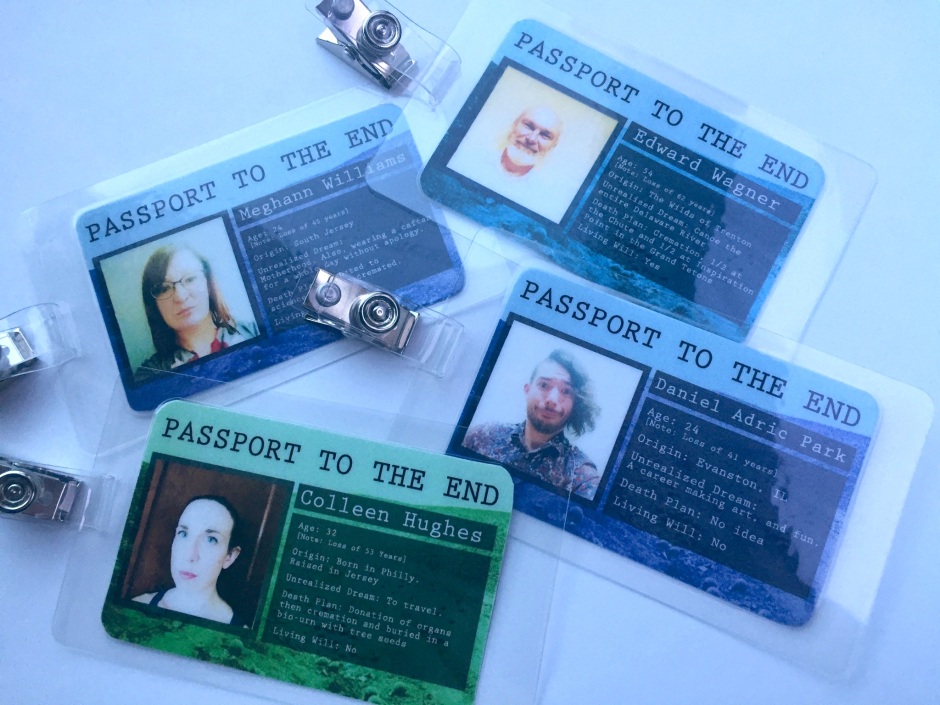 This series of interactions was much lengthier and more complex than anything that would happen in a single day of The End, but it offered a wealth of information for this early developmental stage.