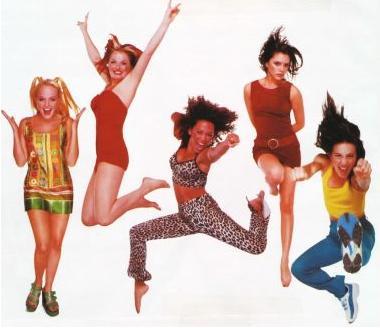 Really, Adrienne? Have you lowered yourself to a reference like this? Is that what you really really want?

Yesterday I wrote a little about some external measures that I think too often become the definitions of success. For me it’s helpful to write those things down and really say to myself “That’s not what you need to worry about.”

But Robert Smythe also pointed out in the comment section that like a previous post, it’s useful to define what you want concretely, rather than just focusing on the things you don’t. If it’s not a fellowship or a grant or a great review that I seek, what is it? So, challenge accepted, here’s my list of personal goals for my theater works, results that actually mean something to me whether or not the projects ever achieve attention or acclaim.

– I want to make theater in which the audience has an experience of intimacy and necessity. I want them to feel as if the piece would not be the same if they had not attended.

– I want to make things in which the line between performer and viewer is not completely obvious.

– I want to make work whose process is hard, work that requires all of my faculties. I want it to be something that fails as much as it succeeds so that I know I am always reaching past my previous successes.

– I want to tackle something every time that I don’t know how to do when I started.

– I want design to be an integral part of my exploration processes and not something tacked on at the end. I want to think of designers as co-creators the same way as my actors and playwrights.

– I want to make ephemeral spectacle.

– I want to make things in which there is a possibility for change in the product every single performance.

– I want to create work that is experienced viscerally, something that makes your body react. I want to affect people on the level of breathing.

– I want to choose collaborators with whom I feel a sense of chemistry. I want to surround myself people who are able to strike the balance between speaking and listening. I want co-creators who are willing to argue with passion when they believe they have to and are able to listen and compromise when it’s necessary.

– I want my rehearsal room to be a place of learning and discovery. I want to be able to go off on theoretical discussion tangents. I like being brainy and feeling like the work is the way to discovering a new concept or pattern. I want to be around people that like to do this too.

– I want a space in which true innovation is possible. In which the outcome is intentionally not pre-defined. I want my theater to be an experiment in the most scientific sense of the word: a question is asked, a hypothesis is offered, the materials are set up and run to their logical course and then the result is evaluated. In that scenario, you genuinely discover.

– I want an art making process in which the participants are able to focus on project at hand, one project at a time.

– I want to find people who have never been to theater and make them love it.

– I want to change the rules so there’s no more sitting in a seat, reading a program and waiting for the lights to turn out.

– I want to create a space filled with theatricality and spectacle from the moment you walk in the door, maybe even before.