Catfish is a terrible TV show.

I hate that I love to watch bad TV. I regiment the amount I’m allowed so that my brain doesn’t turn into mush, but if I’m home alone eating dinner or doing the dishes there is no easier way to get me out of my over-analytic brain. Trashy shows are like an input of garbage that momentarily stalls the output of to do lists and anxieties that normally flow like a constant stream through my thoughts. I take an especially perverse glee in watching “Intervention” with a nice big glass of wine. So it surprised me when I found myself genuinely empathizing with a person I saw in a new MTV reality program.

It’s clearly crafted for short attention span, shallow adolescent minds that feed on gossip. The show follows people who have met online and “fallen in love” and now, for the first time, are about to meet each other. The show’s host faux befriends them, asks them to recount the turbulent (and usually insane red flag inducing) stories of meeting, researches the people love, inevitably exposes the lies said loves are guilty of perpetrating in their profiles, and then films an eventual meeting/show down.

The episode I watched begins by meeting a woman named Kya from Missouri. As Wikipedia says:

This is the understatement of the century. The woman in the show was morbidly obese. Very sweet, incredibly vulnerable, and likely upwards of 400 pounds. The pictures she posted on the Vampire Freaks website were of an insanely hot Goth chic with boobs the size of my head. 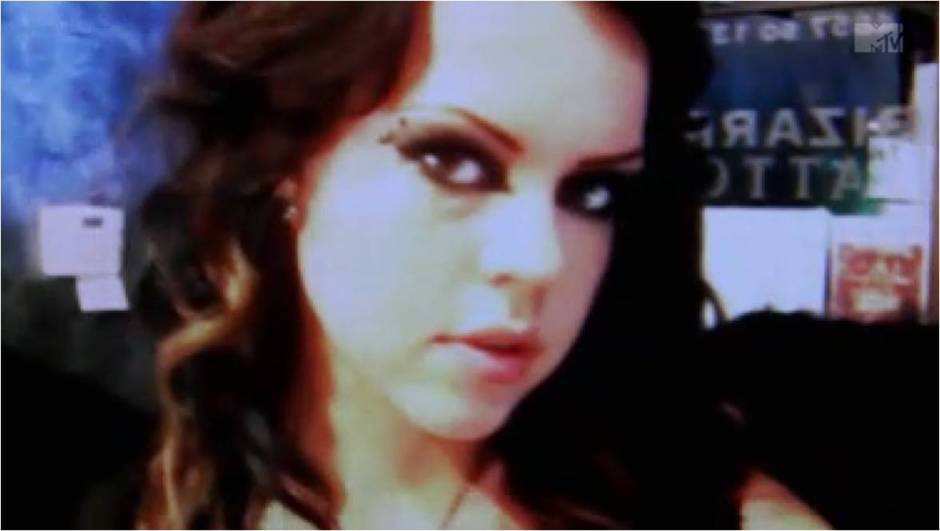 “Alyx” was like-wise an insanely hot Goth guy, well muscled and trendy, despite the brooding smirk and black clothes who lived in Switzerland and was thus completely locationally unavailable.

Suffice to say these pictures bear no resemblance to the actual people that posted them.

Kya reveals that several months in to lying she told him the truth and Alyx forgave her. It actually hurt to listen to the honeyed words of praise showered on a person who actually looks beneath the surface because of true love. The host, an impish guy who seems intent on colluding with this poor girl in a clearly delusional scenario, subsequently is SHOCKED and HORRIFIED to find that “Alyx” is also an avatar for the actual person with whom our heroine Kya has been conversing. Suddenly the excuse that Skype doesn’t work on Alyx’s computer seems a bit thin and we are left to worry what deep secrets he too holds. Hypocritical reflections about truth and openness ensue and finally Kya finds out that in fact “Alyx” is Dani, a transgendered person making the transition from female to male.

The reason I bring all this up is that as the cameras followed Kya to Dani’s house there was a point in which I put down the dishes and sat on the couch.

She knocks on the door and waits, uncertain about how she will react when the inner world she has been carrying finally is placed in an actual external context. Dani emerges and shaking says hello. Kya responds in kind. They hug. It is awkward. There is a disappointment mingled with need and anticipation that is intensely palpable on both sides. Kya asks, “So how come you didn’t tell me the truth?”

Amazingly, the two meet and talk, carefully, delicately. Their faces are a funny mix of furrowed brow and pursed lip. This is not what either had imagined and you could see the work it was taking to decide if they could settle for this, if not less, wholly other person from the fabrication they unquestioningly accepted.

The other day I was talking with someone about working in theater and bemoaning, as per usual, the crap that consumes my days. I remarked how a similar thing had happened as I progressed along my chemistry career – how I loved the initial stages and the depth of learning as I delved into more complex concepts, but that I left it because I couldn’t ultimately see myself in research. I didn’t head down that path because the way that one is a chemist didn’t seem to be much in line with what I loved about chemistry – the theory and problem solving. It was workaday, detail driven, minutiae. And I said it scared me that so much of my time these days feels like that.

“So there’s this ‘bullshit,’ for lack of a better word, that goes along with this thing you’re doing now?” they said

“Yeah, and I just miss the time when I was doing the thing and not the bullshit. And I wonder if there’s so much bullshit I ought to do something else.”

And rather than assenting, the person said, “Well. What if there’s just a certain level of bullshit that goes along with anything you’re going to do?”

Why, why, why is this such a bitter pill to swallow? Perhaps because I’ve had a taste of the rush of unfettered work in an educational setting – aka in a totally non “real world” scenario. It really seemed early on in my professional career that the problem was that I was young and there was a magical time when I got older where I’d have less crap to deal with, when I’d just get to be an artist in love with making art and could stop worrying about all the other stuff. I really thought that older, experienced artists lived that way. And I think part of the malaise of the past year or so is me realizing that unstated assumption is just a shiny picture of a hot person that doesn’t exist.

In the LTR I’m having with my art form, am I hitting the moment where you realize there’s NOT a better person in the world for you? That there’s NOT some magic that you can unleash that makes what you’re doing as awesome as you remember if first being, when you KNEW you’d be doing it forever. Where you look at the thing and see there are things that you can change, but that there is no smoking hot perfect person who will love you, of all people, and unflinchingly offer everything you ever imagined or needed.

Which isn’t “bad,” (question mark)? It is very different than the glimpse of perfection or the ethereal possibility held in potentiality that I fell in love with. The life I have is actually in front of me, far more authentic than the idea I held in my head as a beginner. Which is why I felt so bad for Kya and Dani. Because I’m also biting my lip and looking at the thing I’ve got and deciding if I can deal with losing the fantasy. I have to decide if I want to take what I’ve actually got or keep searching for another shiny thing…